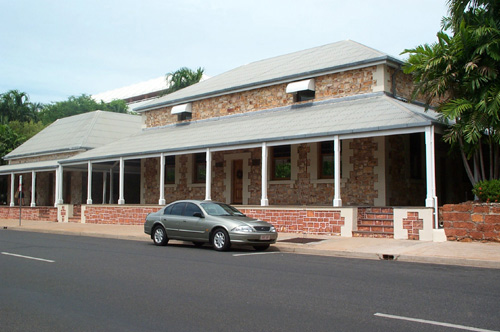 The Northern Territory Supreme Court was established on 30 May 1911 and until 1942 was housed on the Esplanade in a building (pictured above) constructed in 1884 which is now the Administrator's Office. The building was extensively damaged during World War II and in 1942, as a wartime security measure, the court was relocated to Alice Springs where it remained until 1948.