The History of the NT Supreme Court

Shortly after the first settlement at Palmerston, Port Darwin in 1869-70, pressure was placed upon the South Australian government to establish a superior court in the then Northern Territory of South Australia. Although such a court was mooted, it was decided to send judges to Palmerston on circuit. The first circuit court was held in February 1875. Unfortunately, the vessel (SS Gothenburg) carrying Justice Wearing and his staff was lost in a cyclone on the return journey. Thereafter, from 1875 to 1884, the government appointed persons as commissioners (usually the Government Resident) to exercise the power of a judge of the Supreme Court in all but trials of capital offences.

The Supreme Court of the Northern Territory was established on 30 May 1911 by the Supreme Court Ordinance which was passed shortly after the surrender of the Territory to the Commonwealth. The Court was granted all of the jurisdiction of the Supreme Court of South Australia, both civil and criminal, and a registry was established at Darwin (formerly Palmerston). Mitchell J, who was the first Judge of the Court, was to hold office until the Commonwealth made a permanent appointment. The first such appointee was Bevan J (1912 - 1920), who was removed from office following the report of a Royal Commission into the administration of the Northern Territory conducted by Ewing J of the Supreme Court of Tasmania in 1919 - 1920. Bevan J sued the Commonwealth for wrongful dismissal; his action was subsequently settled with a substantial payment of damages in his favour. The Court remained constituted by a single judge, with occasional acting judges (or deputy judges) being appointed from time to time until the Supreme Court Ordinance was repealed in 1961. 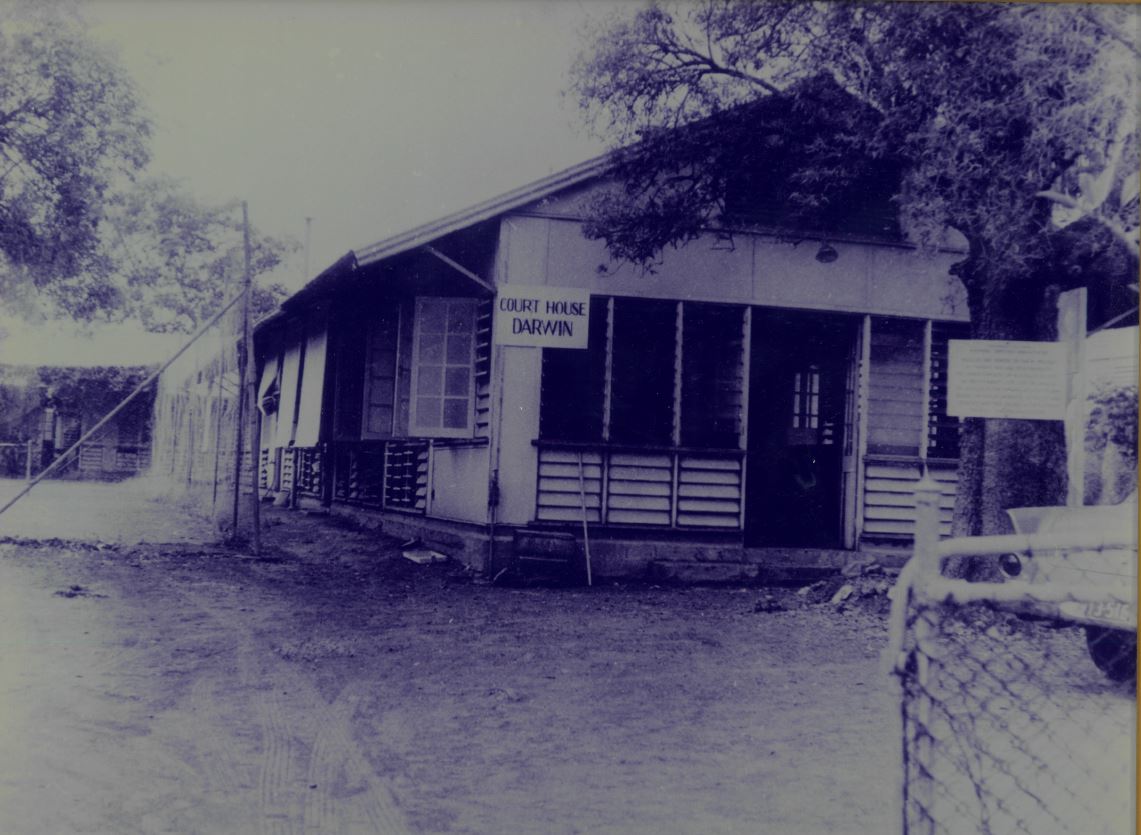 In 1935 the Court began its first sittings on circuit in Alice Springs, a practice which still continues today. Circuit sittings in Katherine were also introduced in 1996.

During the period 1942 to 1945, the whole of the Northern Territory was placed under military control pursuant to regulations made under the Defence Act. However, the civil courts continued to function and although some matters of practice in the Supreme Court were governed by orders made by the military authorities pursuant to the National Security (Emergency Control) regulations, the Court continued to function without any interference from the military and indeed, with a great deal of co-operation there from.

In 1961 the Supreme Court Ordinance 1911 was repealed by the Northern Territory Supreme Court Act 1961 (Cth), pursuant to which provision was made for the appointment of a resident judge to be the Judge of the Court who was also to be the Senior Judge of the Court, and for the appointment of other Commonwealth Judges to be "additional judges" of the Court. The Supreme Court of the Northern Territory existing up to that time was abolished, but provision was made by s4(2) and (3) to continue pending proceedings in the new Court as if they had been commenced in that Court and for the judgements of the Court to continue in force as if they were judgements of the new Court. In 1975, after the Court had expanded to four judges, the office of Chief Judge was created. The first (and only) incumbent was Sir William Forster who was appointed in February 1977. In 1979, following the grant of self-government in 1978, the Northern Territory obtained ministerial responsibility for the courts and the Supreme Court was reconstituted under the present Act, the Supreme Court Act 1979. At the time, the office of Chief Justice was created.

In 1991 a new building situated on the Esplanade near the site of the original courthouse (currently occupied by the Administrator's office) was formally opened. The present building has a main courtroom to serve the Court of Appeal, the Court of Criminal Appeal and the Full Court sittings, four courtrooms fitted out for jury trials, four courtrooms fitted out for civil trials and two courtrooms which are presently not in use.

The Appeals Jurisdiction of the Court

Appeals from the Court were initially to the Full Court of the Supreme Court of South Australia, by leave only. After 1918, following an amendment to the Supreme Court Ordinance, appeals lay by leave to at least two Justices of the High Court. The constitutional validity of this provision was upheld (by a majority) in Porter v The King (1926) 37 CLR 432. Appeals continued to lie to the High Court until 1977. From 1977 to 1986 appeals lay to the Federal Court of Australia. Thereafter, the Territory established its own appellate courts, the Court of Appeal and the Court of Criminal Appeal. Appeals from these Courts lie to the High Court of Australia by special leave.

Although the office of Master was created in 1954 (now referred to as the Associate Judge), the Master had no judicial powers until late 1987 when new Rules of Court which replaced the existing rules and amendments made to the Supreme Court Act came into force. Section 11(1) of the Act now provides that the Court consists of the Judges and an Associate Judge. The Associate Judge's jurisdiction is limited to civil matters by the Act and the Rules of Court. An appeal lies from the decision of an Associate Judge to a single Judge of the Court.

The Court does not have its own budget. Administration, management and provision of the resources, including financial resources, for the operation of the Court is provided by Court Support Services, a Division of the Department of Justice, which is also similarly responsible for all other courts in the Northern Territory. The office is managed by a Director who is responsible to the Chief Executive Officer, as well as to the Judges in relation to matters affecting the administration of the Supreme Court. Staff provided by the Office, include the Registrar of the Supreme Court and Registry staff, the Librarian and Library staff, the Sheriff and Deputy Sheriff (including security staff) and court orderlies. Judges’ staff are under the immediate control of their individual Judge, although employed by the Office and subject to public sector regulations.